The only thing that bothers me is that they seem to never get the Crucifix atop the Tabernacle into alignment with the large wall-mounted Crucifix behind it. It looks to be off to the side a bit, and listing to about a 10 degree angle to our right. Or is that the angle from which the camera was set up?

We awoke this morning expecting up to 2 inches of snow, which was supposed to turn into rain later. According to the radar, it has been snowing here for hours, but the pavement here in Boston is dry, and nothing has fallen from the sky that can be seen. The tide must be coming in as I write, as the Charles looks like it is making a mad dash for Newton.

Winter is having, hopefully, just one last fling with Boston.

This has been a cold early Spring. Temperatures for the last two weeks have scarcely been out of the 40s, when they should be just above or just below 60. Thankfully, we haven't had much snow to deal with, though I saw snow on the ground in places that get little sun in Worcester on Good Friday.

To our southwest, there are daffodils in bloom, and forsythia. But here in Boston, all you can see are spring flowers beginning to emerge from the ground. However, we do have that man-made harbinger of Spring: the omnipresent scent of cedar mulch in the air!

You are probably familiar with his work. He was a 19th century Danish artist whose work in Rome was the highlight of his career. If you have access to the old pre-Vatican II St. Joseph's Missals, his art is prominently featured throughout. However, since the Missals id not credit him as the artist, generations of Catholics have grown up with no idea who originally painted these wonderful images. At least 8 of the images permanently displayed on the bottom of this page are his (and I see Blogger has cut off a dozen or so of my images, so I have to fix the template again!).

Which are his? The Baptism of the Lord, the Sermon On the Mount, Suffer the Children To Come Unto Me, the Tribute of the Coin, the Driving Out of the Money Changers, the Agony In the Garden, the Scourging At the Pillar, the Crucifixion, the Resurrection. That's him. The style is very distinctive and recognizable, as is that of Agemian or Bougereau.

And here are a few of his religious pieces that did not make the Missal: 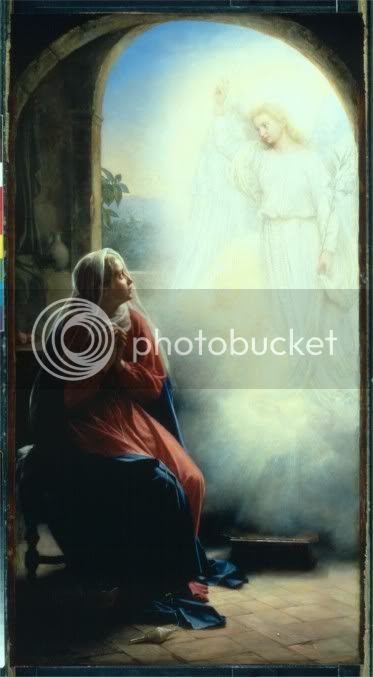 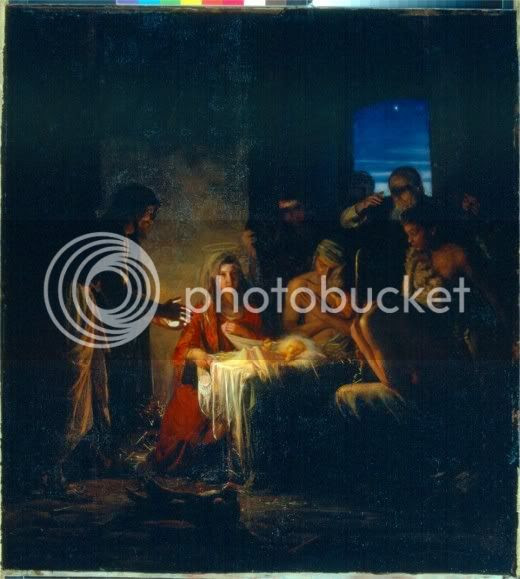 Annunciation To the Shepherds 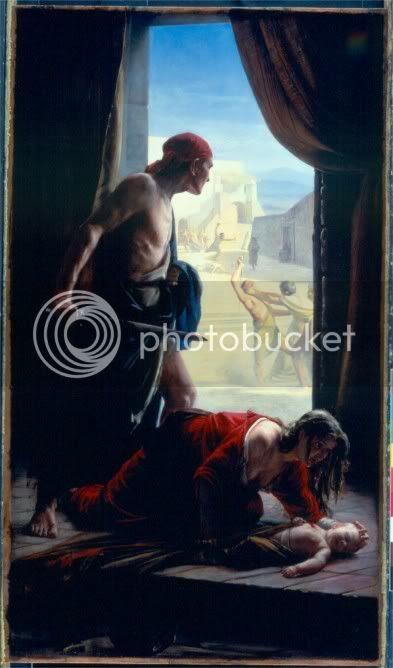 Slaughter of the Holy Innocents 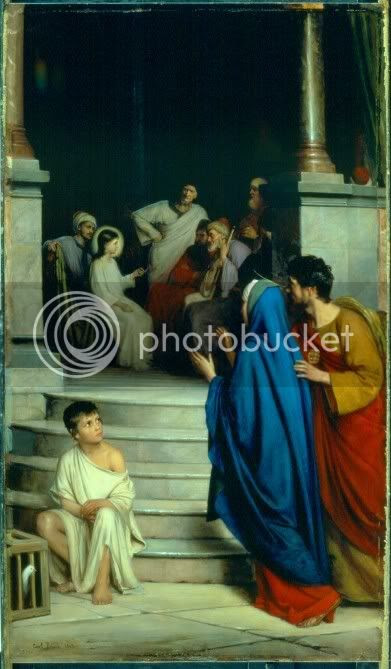 The Finding In the Temple 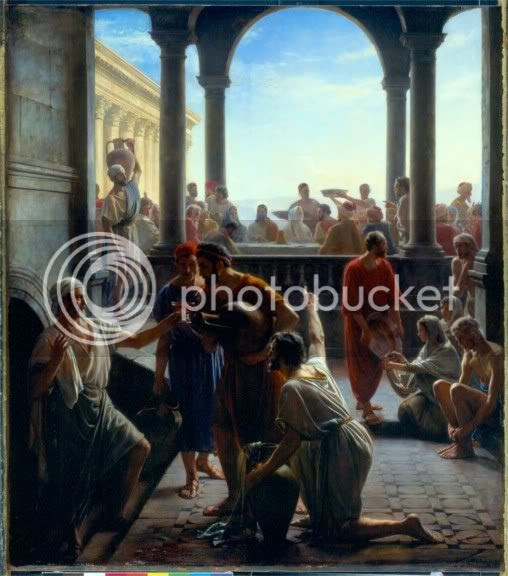 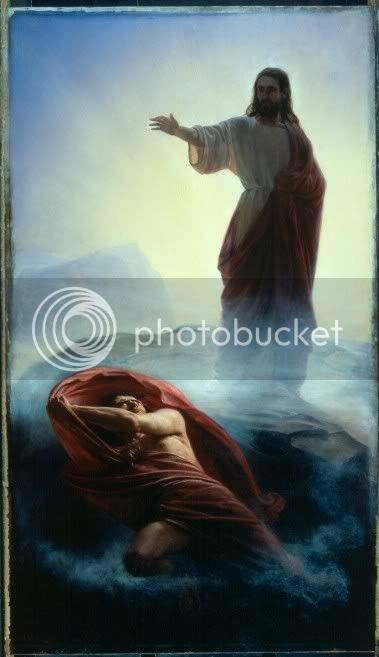 The Temptation In the Desert 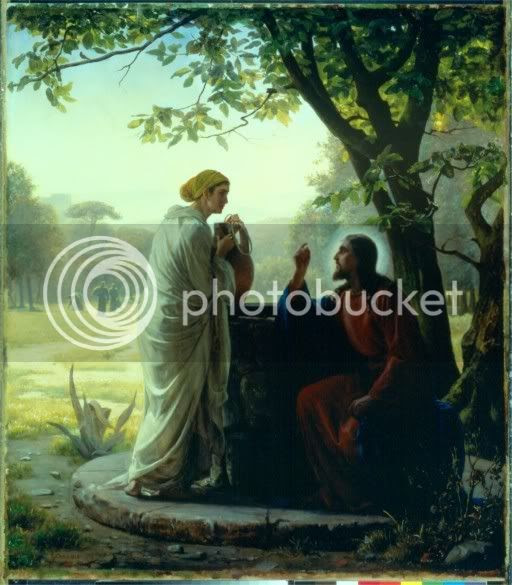 The Woman At the Well 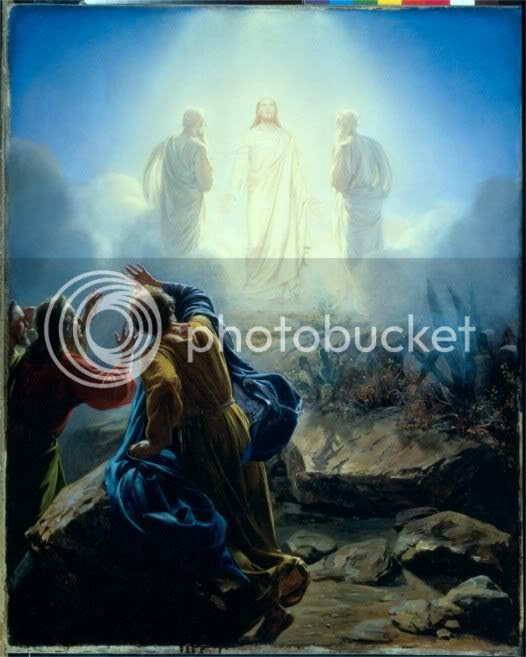 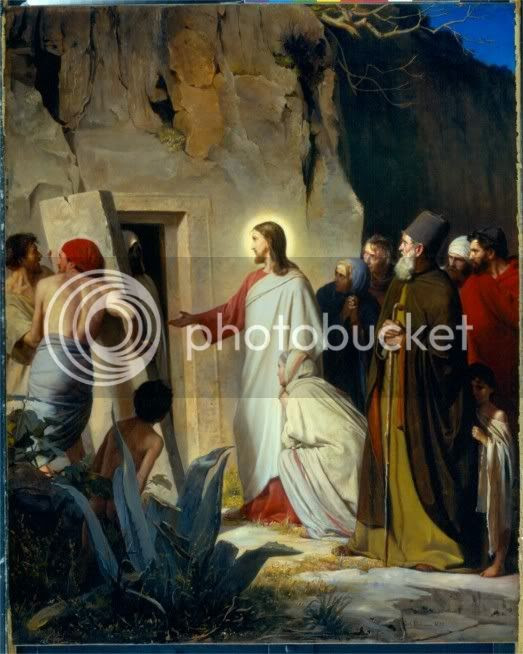 The Raising of Lazarus 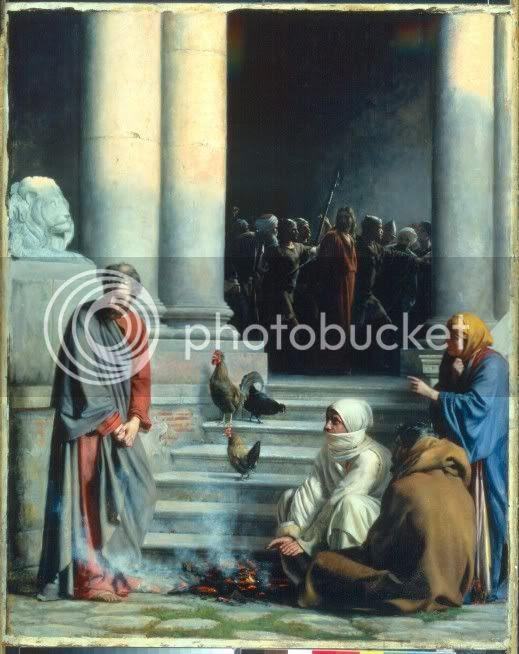 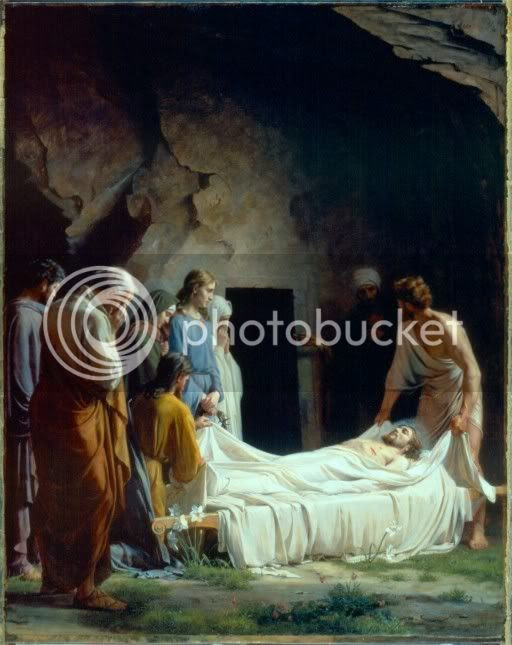 Being Laid In the Sepulcher 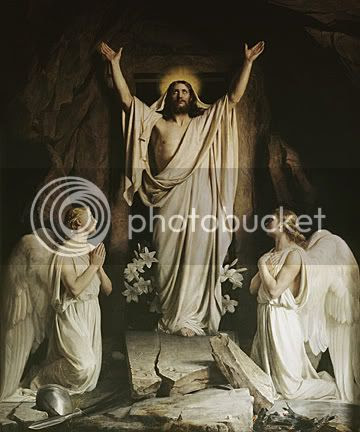 An etching of the Resurrection 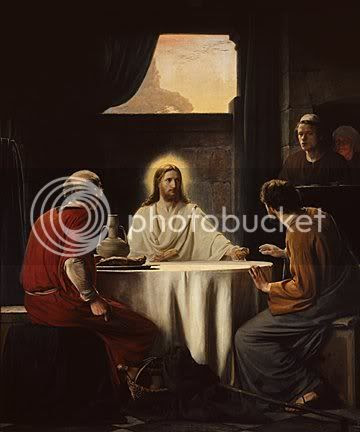 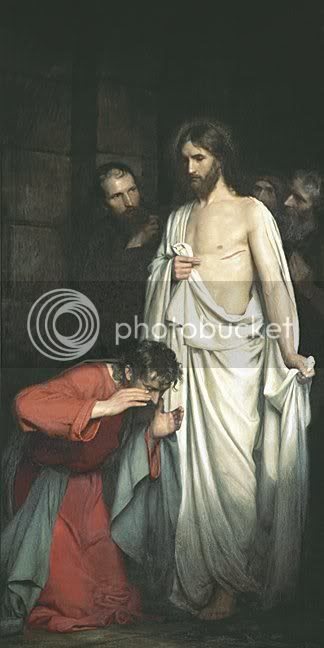 The Incredulity of St. Thomas

Thanks to Roman Catholic Blog for pointing the way.

Administered to one James Carroll, self-appointed more-intelligent-than-thou "Catholic" pundit, by the champion of a good fisking, Dale Price.

Still taking wagers for just before or after Ascension Thursday, or once Ordinary Time is a week or two under our belts, or maybe just in time for Advent. Or maybe next year.

A Nice Way To Please the Fans At Home

The Sox pulverized Seattle pitching with a 14-3 win in their home opener. Nice, after the mediocre start on the road.

The scurrilous rumors of the Latin Mass motu proprio being released before Easter proved, just as they did last year, scurrilous. Actually, that timetable of release between Lady Day and Easter came, as we have discovered, from an unreliable source. Releasing a major document on the liturgy during the Passiontide never seemed that realistic to me anyway. Why muddy up the traditional celebrations of Holy Week with a document that is bound to be controversial, when, in Rome's view, they have all the time in the world?

But we have it on the authority of Cardinals Hoyos de Castrillon and Bertone that a motu proprio does exist, is either completed or in the final stages of being revised and edited, and will be relased soon, at the discretion of the Holy Father. The USCCB knows it exists, and its news agency has begun backgrounds.

I would bet we won't see this document released until the later part of the Easter season, or even until we are back in "Ordinary Time," after Ascension, Whitsunday, the Immaculate and Sacred Hearts, and Corpus Christi. Hopefully before the Holy Father takes off for his summer holiday.

So it is coming, just not on the timetable invented by some clerical busybody.

The Dante's Inferno Test has sent you to Purgatory!
Here is how you matched up against all the levels:

Take the Dante's Inferno Hell Test
I think I took this once before, a couple of years back, and got the same result.

O God, Who hast commanded us to honour our father and our mother, in Thy mercy have pity on the souls of my father George and my mother Kathryn, and forgive them their trespasses, and make me to see them again in the joy of everlasting light. Through Our Lord Jesus Christ, Thy Son, Who liveth and reigneth with Thee in the unity of the Holy Ghost, one God, world without end.
Amen.

It is almost a holiday in Boston, as Harvard Commencement Day was to the Puritans. Everyone who is or thinks they are anyone will be at the game this afternoon, or will pretend to have been.

Baseball away from Boston has an eerie unrealness to it. When the team opens on the road, as they did this year, it is as if they are scarcely playing games that count at all. It doesn't feel right until they are back in the hallowed confines of Fenway. And they are starting today. The Olde Towne Team has not had a good start. They enter today's opener 3-3, almost being swept in Texas. But in a sense they are as even as if they were 0-0. The real baseball begins today in the park that saw Williams and Pesky, and Yaz and Rico, and Clemens and Pedro. 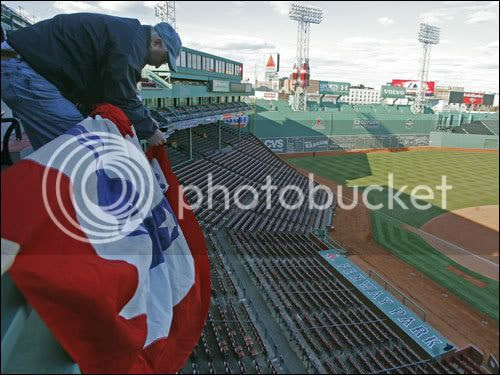 The Stuff That Makes You Grind Your Teeth At Mass

From suburban Boston, so this really does ring true for me.

He is truly risen! Alleluia!

All the pain and sacrifice of Lent is over. Good Friday is behind us, as is the wait of Holy Saturday.

May Easter joy be with you and your families! 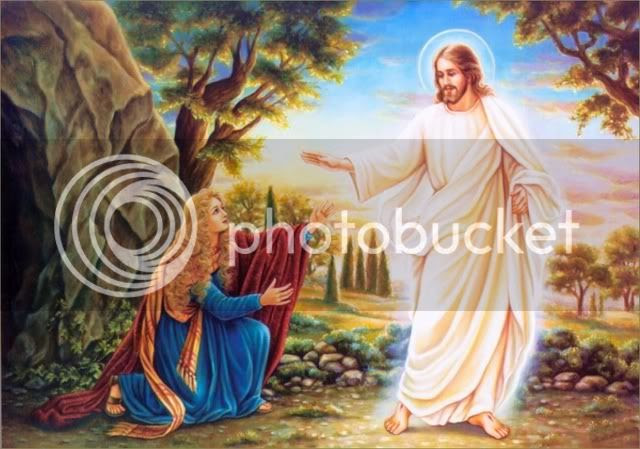