What Does The Lifting Of the Excommunications Mean?

Father Z makes it clear that there still remains significant distance to be covered before the SSPX is in perfect communion with Rome.

For my part, I spend a goodly part of Good Friday at an SSPX chapel. I don't take communion at the Mass of the Pre-Sanctified. And there is no question of confession there. I take care of that earlier in Holy Week with the Franciscans. It is difficult to find the full panoply of traditional Good Friday devotions anywhere else. All the parishes have to do Novus Ordo Good Friday devotions, and they can't be duplicated. And, as far as I know, there are still no personal parishes in New England devoted exclusively to the Usus Antiquor.

Excommunications Of SSPX Bishops Remitted By the Holy See

The excommunications of the four men consecrated by bishops of the SSPX by the late Archbishop Lefebvre in 1988 have been remitted by the Holy Father, in order to strive towards greater unity, and as an act of charity.

Let us hope and pray that full, complete, lasting, and perfect communion with the Holy See can be agreed to in the near future. There are still significant issues dividing the SSPX from Rome. But with wisdom and good will, I think these can be overcome to the satisfaction of at least 90% of the SSPX.

This is a time for rejoicing, as we are closer to full communion with our friends in the SSPX than we have been in 20 years. 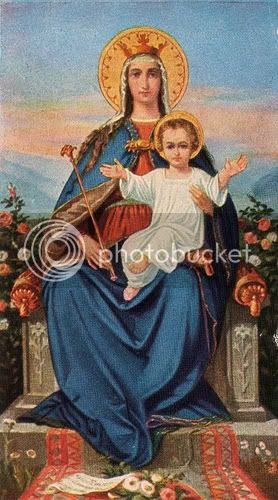 Most Holy Mary, Virgin Mother of God, I ......, most unworthy though I am to be thy servant, yet touched by thy motherly care for me and longing to serve thee, do, in the presence of my Guardian Angel and all the court of Heaven, choose thee this day to be my queen, my advocate, and my mother, and I firmly purpose to serve thee evermore myself and to do what I can that all may render faithful service to thee.

Therefore, most devoted Mother, through the Precious Blood thy Son poured out for me, I beg thee and beseech thee, deign to take me among thy clients and receive me as thy servant forever.

Aid me in my every action, and beg for me the grace never, by word or deed or thought, to be displeasing in thy sight and that of thy most holy Son.

Think of me, my dearest Mother, and desert me not at the hour of death.
Amen. 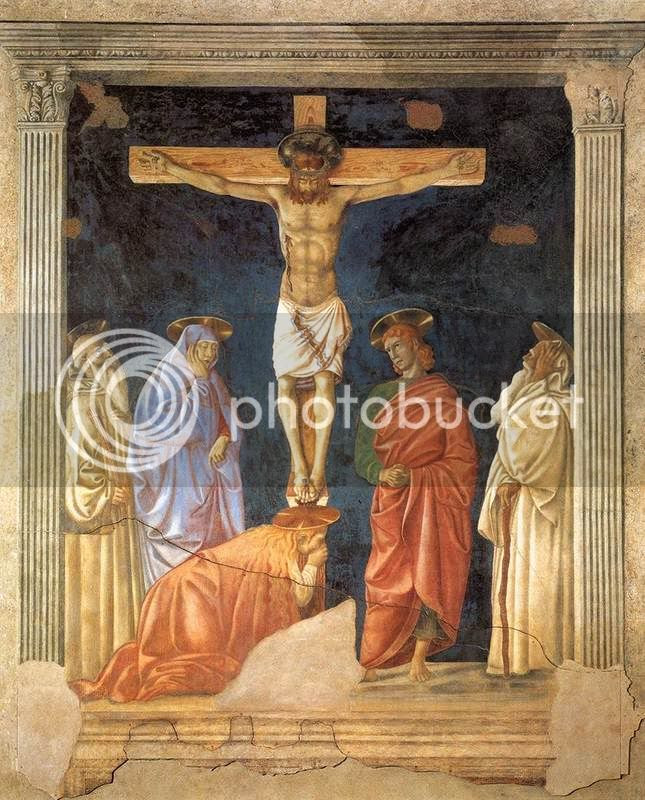 SPLINTERS FROM THE CROSS

Little headaches, little heartaches
Little griefs of every day,
Little trials and vexations,
How they throng around our way!
One great Cross, immense and heavy,
So it seems to our weak will,
Might be borne with resignation,
But these many small ones kill,
Yet all life is formed of small things,
Little leaves, make up the trees,
Many tiny drops of water
Blending, make the mighty seas.
Let us not then by impatience
Mar the beauty of the whole,
But for love of Jesus bear all
In the silence of our soul.
Asking Him for grace sufficient
To sustain us through each loss,
And to treasure each small offering
As a splinter from His Cross.

Rampant Rumors Re The SSPX Excommunications

Various respected bloggers have reported that the lifting, cancellation, or annulment of the excommunications of the four men acting as bishops of the SSPX is about to happen, today, tomorrow, this weekend, or at least very soon.

I pray daily for the SSPX (and the Traditional Anglican Communion, and the Eastern Orthodox) to be brought into full, complete, perfect, and lasting communion with Holy Mother the Church. I hope this step in the process of regularizing the status of the SSPX brings peace and unity, as well as strengthening the constituency among lay Catholics for the licit celebration of the Traditional Mass.

Pray for the Holy Father.

"I have long been convinced that institutions purely democratic must sooner or later destroy liberty or civilization, or both. You may think that your country enjoys an exemption from these evils. I will frankly own to you that I am of a very different opinion. Your fate I believe to be settled, though it is deferred by a physical cause. As long as you have a boundless extent of fertile and unoccupied land, your laboring population will be far more at ease than is the laboring population of the old world, and while that is the case the Jefferson politics may continue to exist without any fatal calamity. But the time will come when wages will be as low and will fluctuate as much with you as with us. You will have your Manchesters and your Birminghams, and in these Manchesters and Birminghams hundreds of thousands of artisans will assuredly be out of work. Then your institutions will be brought to the test. Distress everywhere makes the laborer mutinous and discontented, and incline him to listen to agitators who tell him that it is a monstrous iniquity that one man should have a million while another cannot get a full meal.

"I have seen England pass through three or four such critical seasons as I have described; through such seasons the United States will have to pass in the course of the next century, if not of this. How will you pass through them? I heartily wish you a good deliverance. But my reason and my wishes are at war, and 1 cannot help forboding the worst.

"The day will come when in the State of New York, a multitude of people, none of whom has had more than half a breakfast or expects to have more than half a dinner, will choose a legislature. On one side is a statesman teaching patience, respect for the vested rights, strict observance of public faith. On the other is a demagogue, ranting at the tyranny of capitalists and usurists, and asking why anybody should be permitted to drink champagne and ride in a carriage while thousands of honest people are in want of necessities. Which of these candidates is likely to be preferred by a working-man who hears his children cry for bread?

"I seriously apprehend that you will, in some such season of adversity as I have described, do things which will prevent prosperity from returning. There will be, I fear, spoliation. The spoliation will increase the distress. The distress will produce fresh spoliation. There is nothing to stop you. Your constitution is all sail and no anchor.

"As I said before, when society has entered on this downward progress, either civilisation or liberty must perish. Either some Caesar or Napoleon will seize the reins of government with a strong hand, and your republic will be as fearfully plundered and laid to waste by the barbarians in the twentieth century as the Roman Empire was in the fifth, with the difference that the Huns and Vandals who ravaged the Roman empire came from without; and that your Huns and Vandals will have been engendered within your own country by your own institutions." 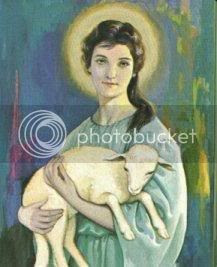 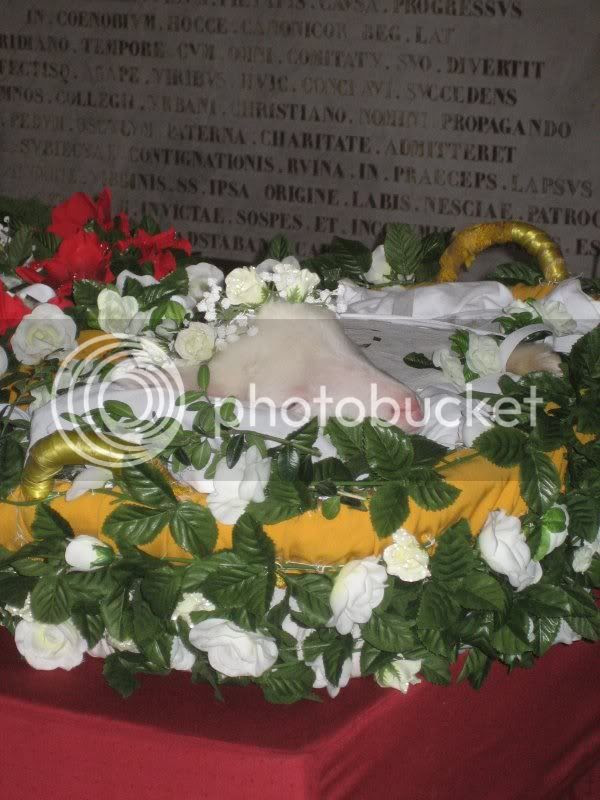 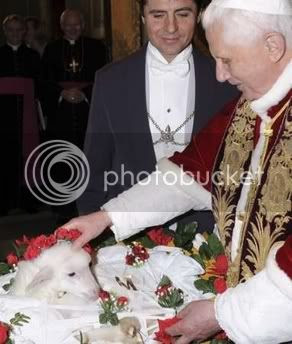 For The Dismal Prospect This Inauguration Day Brings

“A democracy is a volcano which conceals the fiery materials of its own destruction. These will produce an eruption and carry desolation in their way.”
Fisher Ames

Your constitution is all sail and no anchor. As I said before, when a society has entered on this downward progress, either civilisation or liberty must perish. Either some Caesar or Napoleon will seize the reins of government with a strong hand; or your republic will be as fearfully plundered and laid waste by barbarians in the twentieth Century as the Roman Empire was in the fifth;—with this difference, that the Huns and Vandals who ravaged the Roman Empire came from without, and that your Huns and Vandals will have been engendered within your own country by your own institutions.

God help the Republic. We have no one to blame but ourselves that things have come to this state of affairs.