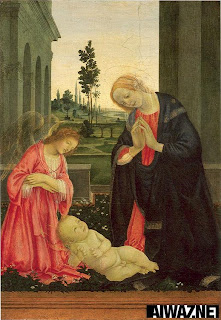 Inviolate, spotless and pure art thou, O Mary Who wast made the radiant gate of the King.

Holy mother of Christ most dear, receive our devout hymn and praise.

Our hearts and tongues now ask of thee that our souls and bodies may be pure.

By thy sweet sounding prayers obtain for us forgiveness forever. 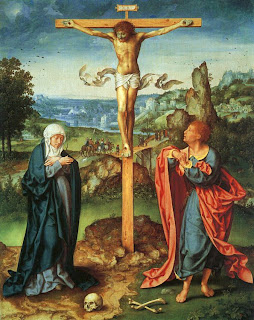 O Divine Heart of Jesus, grant, I pray Thee, eternal rest to the souls in purgatory, the final grace to those who are about to die this day, true repentance to sinners, the light of faith to pagans, and Thy blessing to me and to all who are dear to me.

To Thee, therefore, O most merciful Heart of Jesus, I commend all these souls, and in their behalf I offer unto Thee all Thy merits in union with the merits of Thy most blessed Mother and of all the Angels and Saints, together with all the Masses, Communions, prayers and good works which are this day being offered throughout Christendom.
Amen.

The Epiphany Of Our Lord

In the US, the USCCB has moved Epiphany to the second Sunday after Christmas Day. But in the universal Church, January 6th remains Epiphany. And Epiphany at Recta Ratio always immediately follows Twelfth Night, not before, not after, no matter what the benighted American bishops vouchsafe to decree.

Adoration of the Magi by Sandro Botticelli, c. 1470-75, Florence, from the Uffizi

The Golden Legend has this to say about the Epiphany.

Reliquary said to contain the remains of the Three Magi, Cologne Cathedral (we all remember this from WYD2005).

Born a King on Bethlehem’s plain
Gold I bring to crown Him again,
King forever, ceasing never,
Over us all to reign.

Frankincense to offer have I;
Incense owns a Deity nigh;
Prayer and praising, voices raising,
Worshipping God on high.

Myrrh is mine, its bitter perfume
Breathes a life of gathering gloom;
Sorrowing, sighing, bleeding, dying,
Sealed in the stone cold tomb.

Glorious now behold Him arise;
King and God and sacrifice;
Alleluia, Alleluia,
Sounds through the earth and skies.

Journey of the Magi, by T.S. Eliot

'A cold coming we had of it,
Just the worst time of the year
For the journey, and such a long journey:
The ways deep and the weather sharp,
The very dead of winter.'
And the camels galled, sore-footed, refractory,
Lying down in the melting snow.
There were times we regretted
The summer palaces on slopes, the terraces,
And the silken girls bringing sherbet.
Then the camel men cursing and grumbling
And running away, and wanting their liquor and women,
And the night-fires going out, and the lack of shelters,
And the cities hostile and the towns unfriendly
And the villages dirty and charging high prices:
A hard time we had of it.
At the end we preferred to travel all night,
Sleeping in snatches,
With the voices singing in our ears, saying
That this was all folly.

Then at dawn we came down to a temperate valley,
Wet, below the snow line, smelling of vegetation;
With a running stream and a water-mill beating the darkness,
And three trees on the low sky,
And an old white horse galloped away in the meadow.
Then we came to a tavern with vine-leaves over the lintel,
Six hands at an open door dicing for pieces of silver,
And feet kicking the empty wine-skins,
But there was no information, and so we continued
And arrived at evening, not a moment too soon
Finding the place; it was (you may say) satisfactory

All this was a long time ago, I remember,
And I would do it again, but set down
This set down
This: were we led all that way for
Birth or Death? There was a Birth, certainly,
We had evidence and no doubt. I had seen birth and death,
But had thought they were different; this Birth was
Hard and bitter agony for us, like Death, our death,
We returned to our places, these Kingdoms,
But no longer at ease here, in the old dispensation,
With an alien people clutching their gods.
I should be glad of another death.

Adoration of the Magi, by Juan Reixach, active late 1400s in Valencia, central panel of an Epiphany Altarpiece whis was in a church in Rubielos de Mora, Spain.

"The table at which the King sat was richly decorated and groaned beneath the good fare placed upon it, for there was brawn, roast beef, venison pasty, pheasants, swan capons, lampreys, pike in latimer sauce, custard, partridge, fruit, plovers, and a huge plum pudding which required the efforts of two men to carry. Afterwards plays were performed and there was much music and dancing, and in the large kitchens after the spit had ceased its ceaseless turning and the King had dined...a merry crowd gathered...and we had besides a good chine of beef and other good cheer, eighteen mince pies in a dish..."

Diary of Samuel Pepys, January 6, 1662 (the king referred to is King Charles II).

Adoration of the Magi, by Giotto, Scrovengi Chapel