O Root of Jesse, which standest for an ensign of the people, at Whom the kings shall shut their mouths, Whom the Gentiles shall seek, come to deliver us, do not tarry.

Saturday In the Advent Embertide

Today is the last Ember Day of 2015. The next one is the Wednesday after Ash Wednesday. Coming sooner than you would think, too, because Easter is early in 2016.

O Adonai, and Ruler of the house of Israel, Who didst appear unto Moses in the burning bush, and gavest him the law in Sinai, come to redeem us with an outstretched arm!

Friday In the Advent Embertide

The heavy penitential trucking of Advent. Fasting, and not just the normal Friday abstinence from meat, special prayer, almsgiving, and good works are how the Church marks the transition from Autumn to Winter and prepares for Christmas.

O Wisdom that comest out of the mouth of the Most High, that reachest from one end to another, and orderest all things mightily and sweetly, come to teach us the way of prudence!

Wednesday In the Advent Embertide

Today is the beginning of the Advent Embertide, the period of specially intense prayer, fasting, abstinence, almsgiving, and other good works as the Church marks the transition from Autumn to Winter and prepares for the major feast of Christmas.

This is an Ember Alert for those living according to the 1962 ( or earlier) Ordo. Wednesday, Friday, and Saturday of this week constitute the Advent Embertide, three partislly non-consecutive days set aside by the Church as we transition from one season of the natural year to the next, and in preparation for a major feast, in this case Christmas. The Ember Days are days of especially intense prayer, fasting, abstinence, almsgiving, and other good works, and were frequently the occasions of priestly ordinations. Remember, it's Ember!

It would be liturgically observed as the feast of Saint Lucy, or Santa Lucia. 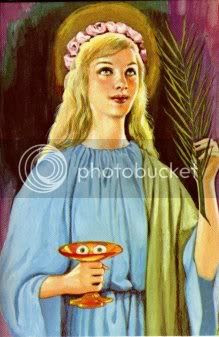 Santa Lucia customs. Scroll down for lots of links.

On December 13 people in Sweden celebrate St. Lucy's Day. They remember how Lucia, a young girl, brought food to persecuted Christians hiding in the catacombs in Rome
during the time of Emperor Diocletian. In order that she could carry the food and see where she was going in the dark, Lucia wore candles on her head. On St. Lucy's Day each year by tradition one of the daughters of the family is chosen to be St. Lucy. She gets up early and takes coffee and 'Lucia' buns (Saffronsbrod) to the rest of the family who are still in bed. She dresses in a white robe with a scarlet sash and wears on her head a crown of green leaves with five candles in it. Sometimes she is escorted by boys dressed in long white shirts and pointed hats, called star boys. 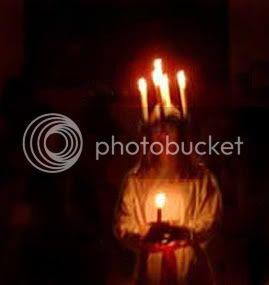 DIRECTIONS
1. Dissolve sugar in the warm water and add yeast.

3. Leave about 20 minutes, until frothy.

4. Sift flour and salt and rub in the butter. Add castor sugar, cardamom and raisins.

5. Mix to a dough with the yeast mixture and milk and add saffron.

6. Knead thoroughly, return to bowl, cover and allow to rise until doubled in bulk.

7. Shape into small buns, put on a greased baking tray until doubled in size. Brush with beaten egg, sprinkle with coarse sugar and almonds. 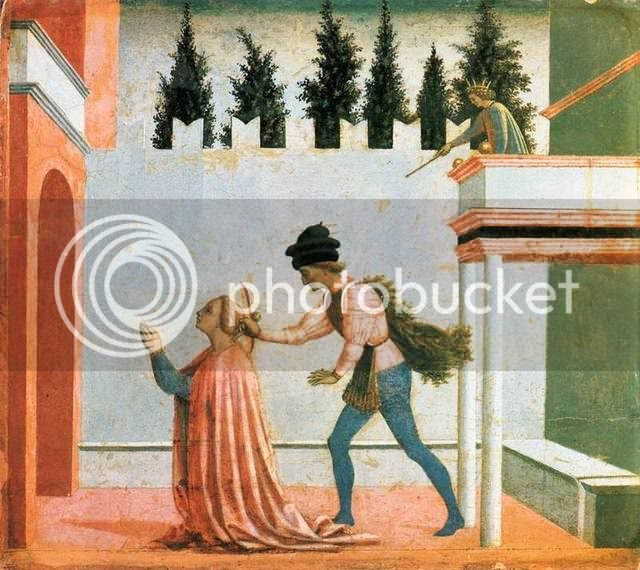 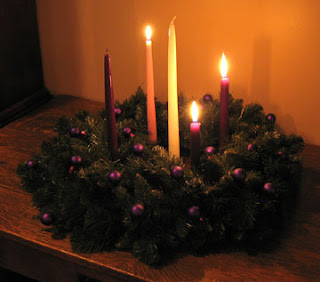 Today, again, the Church is full of joy, and the joy is greater
than it was. It is true that her Lord has not come; but she feels
that He is nearer than before, and therefore she thinks it just to
lessen somewhat the austerity of this penitential season by the
innocent cheerfulness of her sacred rites. And first this Sunday
has had the name of