Saint George was a Roman soldier and confessed Catholic who was martyred in the early 300s during the reign of the Emperor Diocletian. Saint George is a particular patron of mine, being the patron of England, soldiers, and of men named George. I have an excellent array of name-saint patrons: George, Thomas the Apostle, and John the Evangelist. 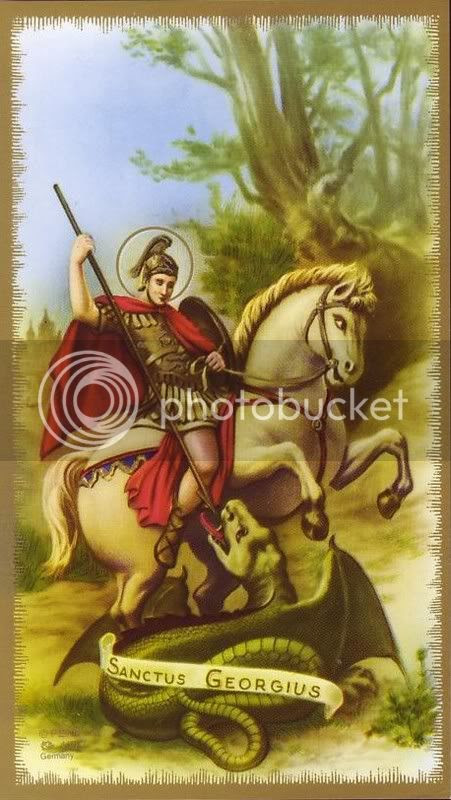 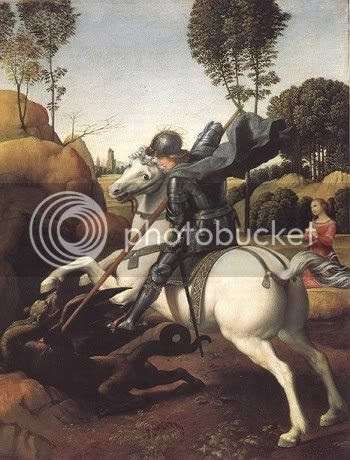 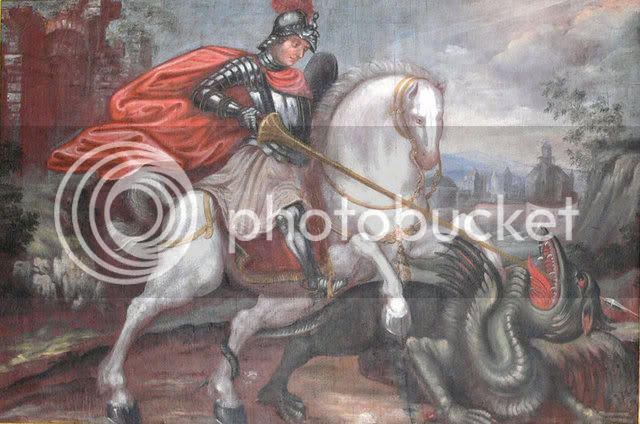 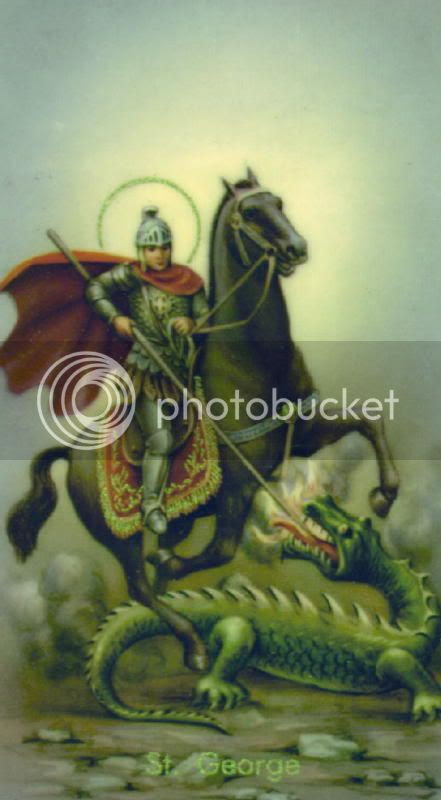 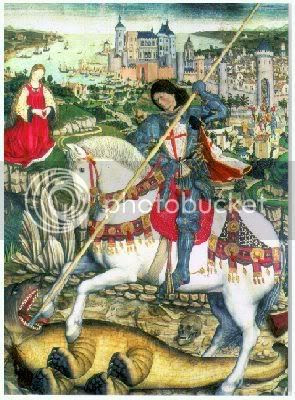 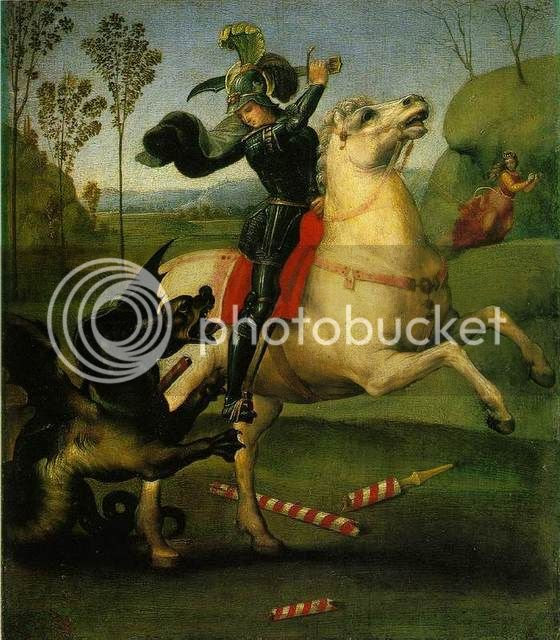 The Fifth Regiment of Foot was entitled to wear an image of St. George and the Dragon on its Colours and other accoutrements. 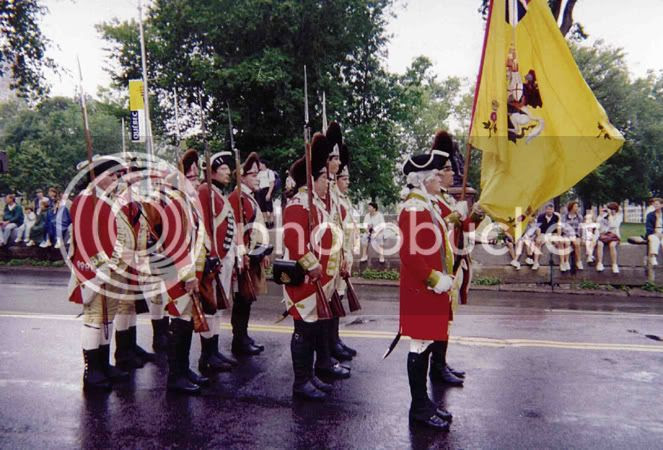 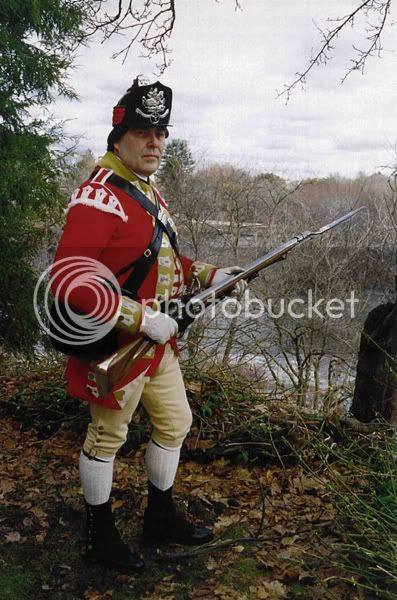 The Cross of St. George is standard for Episcopalian churches in the US

I particularly like the armed saints, like St. Juan de Capistrano, Saint James the Moor-Slayer, St. Michael the Archangel, St. George, and St. Martin of Tours. 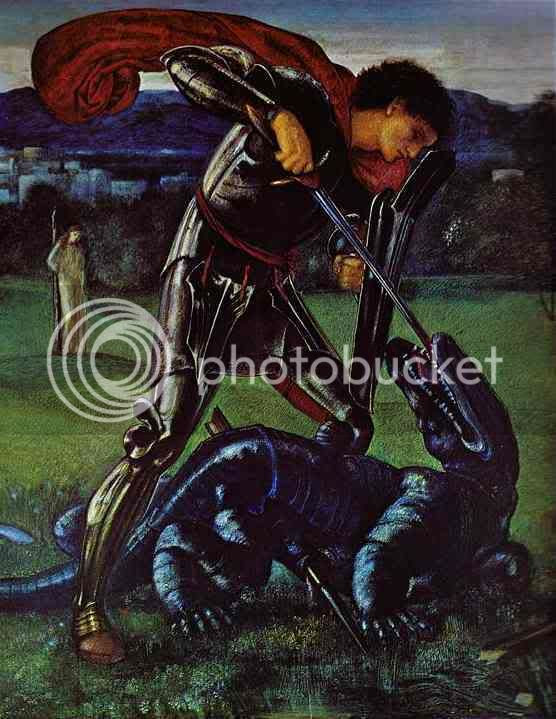 Saint George, please pray for us!