The Propriety Of Catholics Celebrating Halloween

From Traditio.com (they agree with me on this):

The question often arises about the celebration of Halloween by Catholics. Is it, for instance, "pagan" to dress up and go about as ghosts and goblins? The question often comes up because many modern Christians (mostly non-Catholic ones) believe that Halloween has something to do with worshipping the devil and participating in witchcraft. The truth is that the origins of Halloween are rooted deeply in the theology and popular customs of Catholics.

It is a revision of actual history to say that our modern celebration of Halloween has origins in Druid customs. It is true that the ancient Celts celebrated a major feast (the Celtic New Year) on October 31st, but the fact is that they celebrated a festival on the last day of almost every month.

Halloween, a contraction of "All Hollows Eve," falls on October 31st because the Feast of All Saints or "All Hallows" falls on November 1st. The feast in honor of all the Saints used to be celebrated on May 13th, but Pope Gregory III, in 731, moved it to November 1st, the dedication day of All Saints Chapel in St. Peter's in Rome. This feast spread throughout the world. In 998, St. Odilo, the abbot of the powerful monastery of Cluny in France, added a celebration on November 2nd. This was a day of prayer for the souls of all the faithful departed. Therefore, the Church had a feast of the Saints and those in Purgatory.

It was the Irish Catholics who came up with the idea to remember somehow those souls who did not live by the Faith in this life. It became customary for these Irish to bang on pots and pans on All Hallow's Eve to let the damned know that they were not forgotten. In Ireland, then, ALL the dead came to be remembered. This, however, is still not exactly like our celebration of Halloween. On Halloween we also dress up in costumes.

This practice arose in France during the 14th and 15th centuries. During the horrible bubonic plague, the Black Death, Europe lost half of her population. Artists depicted this on walls to remind us of our own mortality. These pictures and representations are known as the "Dance of Death" or "Dance Macabre." These figures were commonly painted on cemetery walls and showed the devil leading a daisy chain of people into the tomb. Sometimes the dance was re-enacted on All Soul's Day as a living tableau, with people dressed up as the dead. But the French dressed up on All Souls, not Halloween, and the Irish, who celebrated Halloween, did not dress up.

The two were brought together in the colonies of North America during the 18th century, when Irish and French Catholics began to intermarry. Thus the two celebrations became mingled, and we began dressing up on Halloween. It is, as we can see, a very "American" holiday, but Catholic as well.

"Trick-or-Treating" is a very odd addition to Halloween. It is the most American aspect of the holiday, and is the (unwilling) contribution of English Catholics.

Guy Fawkes Day became a great celebration against Catholics in England. It celebrated the day the plot to blow up Parliament and King James I was discovered. This was on November 5, 1605. Guy Fawkes was the rather reckless man guarding the gunpowder. He was arrested and hanged. During these times of persecution of the Catholic Church, bands of revelers would wear masks and visit Catholics in the night demanding they be given cakes and beer.

Guy Fawkes Day arrived in the American colonies with the first English settlers. Old King James had long been forgotten, but "Trick-or-Treating" was too much fun to give up. Eventually, it moved to the Irish/French Catholic masquerade. This practice of "Trick-or-Treating" was simply moved to coincide with the Catholic celebration involving dressing up. The ancient Druids did contribute the candy, which was used to welcome the good spirits, and masks (jack o'lanterns), which were used to scare away the evil spirits.

Halloween can still serve the purpose of reminding us about Hell and how to avoid it. Halloween is also a day to prepare us to remember those who have gone before us in Faith, those already in Heaven and those still suffering in Purgatory. Halloween is a time to let people know about our Catholic roots and significance. (Fr. Scott Archer)

Catholic parents who are not comfortable with the worst secular aspects of Halloween, which are admittedly increasing, can avail themselves of alternative activities on that day: family prayer and fasting for the Vigil of All Saints Day, visitations of houses in the garments of non-devilish personae, the reading aloud of stories of the Saints or of seasonal literature such as Edgar Allen Poe's "The Masque of the Red Death" and Washington Irving's "The Legend of Sleepy Hollow", and the playing of seasonal music such as Saint-Saens "Danse Macabre," Modest Moussorgsky's "Night on Bald Mountain," and Sergei Rachmaninoff's "Isle of the Dead".

A word of caution, however. The Church has always condemned as sins against the First Commandment, and thus cautioned her children to stay far away from, astrology, charms, divination, fortune-telling, magic, ouija boards, sorcery, spells, witchcraft, and other occult activities, even if they are treated in a trivial or jesting fashion.

St. Thomas Aquinas says that it is not permitted to Christians even to dabble in such things: "Man has not been entrusted with power over the demons to employ them to whatsoever purpose he will. On the contrary, it is appointed that he should wage war against the demons. Hence, in no way is it lawful for man to make use of the demons' help by compacts -- either tacit or
express" (II-II, Q96, Art. 3).

We remember too the the Prayer to St. Michael against "Satanam aliosque spiritus malignos qui ad perditionem animarum pervagantur in mundo" [Satan and the other evil spirits who roam in the world for the ruin of souls]. As in all things, parents must be sure to teach their children the proper balance in such matters, erring neither on the side of defect or excess.

Fisheaters has also examined the historical evidence and comes to the same conclusion.

Saint Jude, Apostle and Martyr, has become one of the most popular of saints, due to his patronage of lost causes. When all else seems lost and hopeless, bring the matter to Saint Jude. He is eager to expand his patronage and his list of earthly clients. 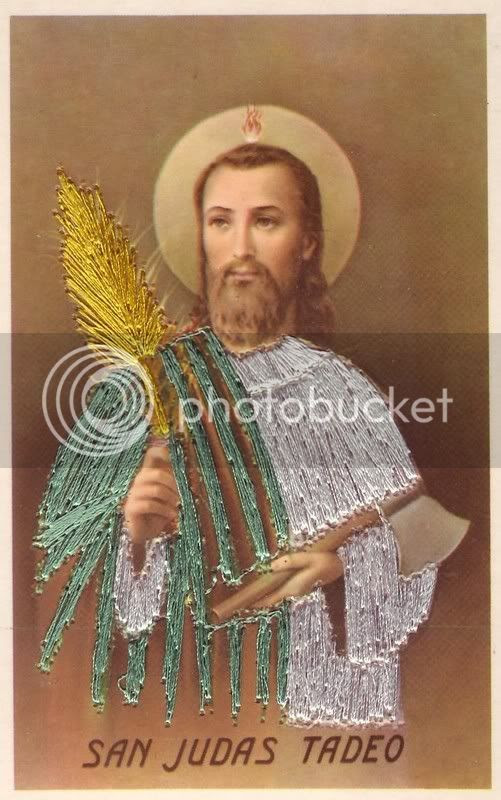 See Catholic Tradition's page on devotions to gain the intercession of Saint Jude.

The Battle of Agincourt was fought upon this day, an anniversary those of us whose childhoods were formed around anniversaries of deeds of heroics are inclined to remember. 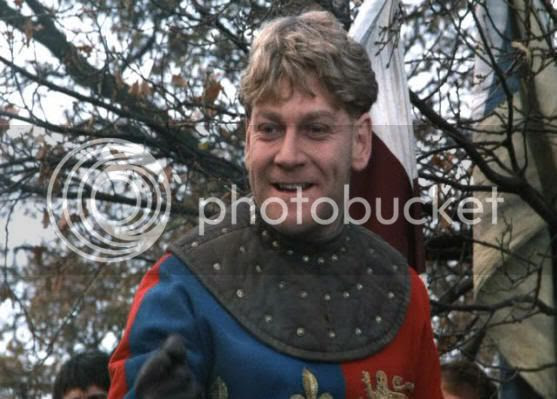 WESTMORELAND.
O that we now had here
But one ten thousand of those men in England
That do no work to-day!
KING.
What's he that wishes so?
My cousin Westmoreland? No, my fair cousin;
If we are mark'd to die, we are enow
To do our country loss; and if to live,
The fewer men, the greater share of honour.
God's will! I pray thee, wish not one man more.
By Jove, I am not covetous for gold,
Nor care I who doth feed upon my cost;
It yearns me not if men my garments wear;
Such outward things dwell not in my desires.
But if it be a sin to covet honour,
I am the most offending soul alive.
No, faith, my coz, wish not a man from England.
God's peace! I would not lose so great an honour
As one man more methinks would share from me
For the best hope I have. O, do not wish one more!
Rather proclaim it, Westmoreland, through my host,
That he which hath no stomach to this fight,
Let him depart; his passport shall be made,
And crowns for convoy put into his purse;
We would not die in that man's company
That fears his fellowship to die with us.
This day is call'd the feast of Crispian.
He that outlives this day, and comes safe home,
Will stand a tip-toe when this day is nam'd,
And rouse him at the name of Crispian.
He that shall live this day, and see old age,
Will yearly on the vigil feast his neighbours,
And say 'To-morrow is Saint Crispian.'
Then will he strip his sleeve and show his scars,
And say 'These wounds I had on Crispian's day.'
Old men forget; yet all shall be forgot,
But he'll remember, with advantages,
What feats he did that day. Then shall our names,
Familiar in his mouth as household words-
Harry the King, Bedford and Exeter,
Warwick and Talbot, Salisbury and Gloucester-
Be in their flowing cups freshly rememb'red.
This story shall the good man teach his son;
And Crispin Crispian shall ne'er go by,
From this day to the ending of the world,
But we in it shall be remembered-
We few, we happy few, we band of brothers;
For he to-day that sheds his blood with me
Shall be my brother; be he ne'er so vile,
This day shall gentle his condition;
And gentlemen in England now-a-bed
Shall think themselves accurs'd they were not here,
And hold their manhoods cheap whiles any speaks
That fought with us upon Saint Crispin's day. 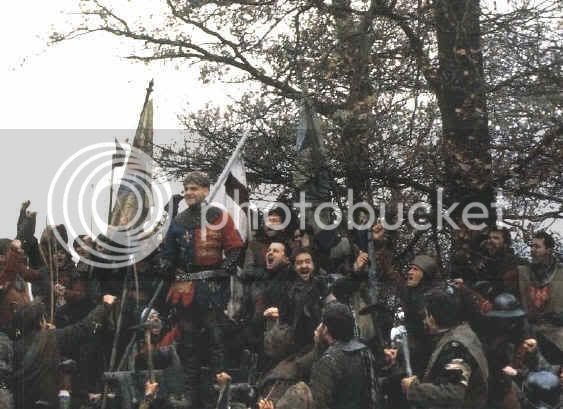 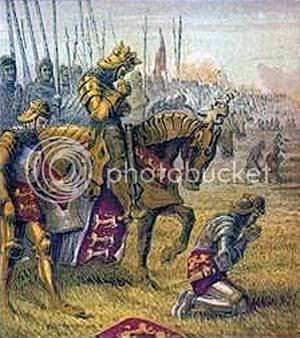 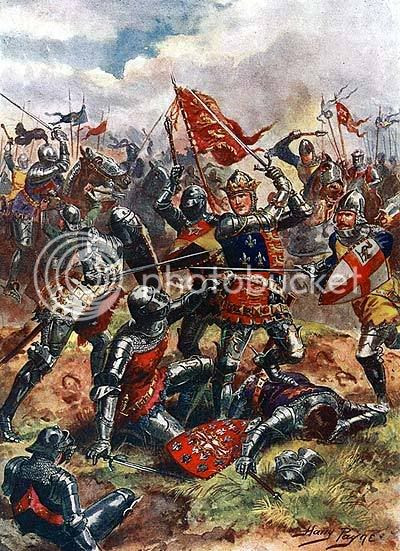 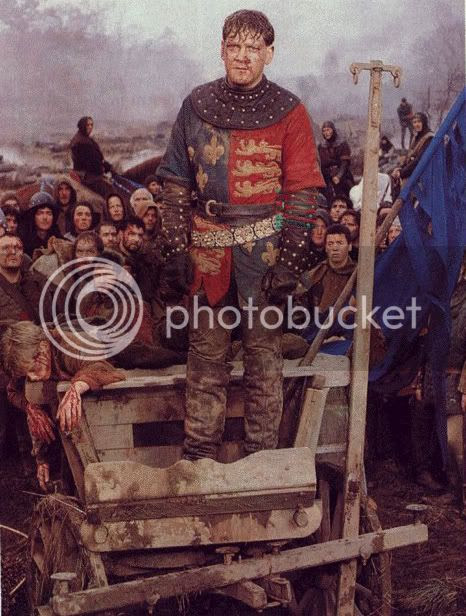