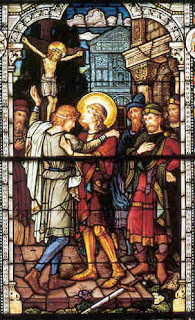 This saint first came to my attention via Father Christopher Rengers' reflections on The Seven Last Words Of Christ On the Cross, which I read every Lent.

The Sons Of the Most Holy Redeemer (the Transalpine Redemporists, less formally) discuss his life here.

I found that the LMS honors them in its Ordo today, so apparently they were appearing as local Saints of the United Kingdom prior to 1962. So I will adjust their feast at Recta Ratio to conform to this. Now what to do about that other late June Saint canonized too late for the 1962 Ordo, Saint Jisemaria Escriva de Balaguer??? 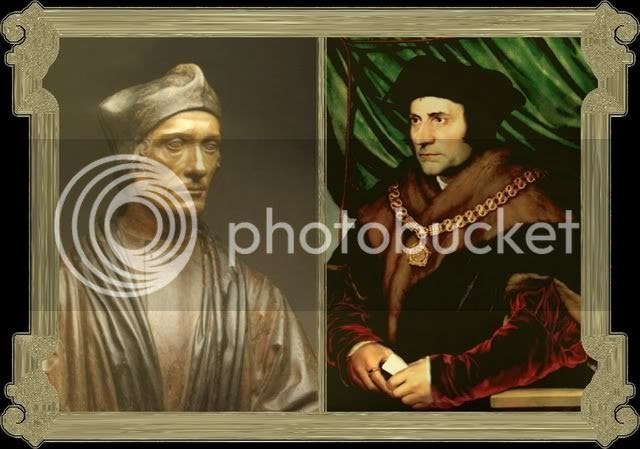 July 9th is the feast of Saints John Fisher and Thomas More, the two most prominent Catholic men martyred by King Henry VIII, of evil memory.

Both were high and respected officials in the court of Henry VIII, and both refused to accept King Henry as head of the Church in England. Both were beheaded for their orthodoxy. 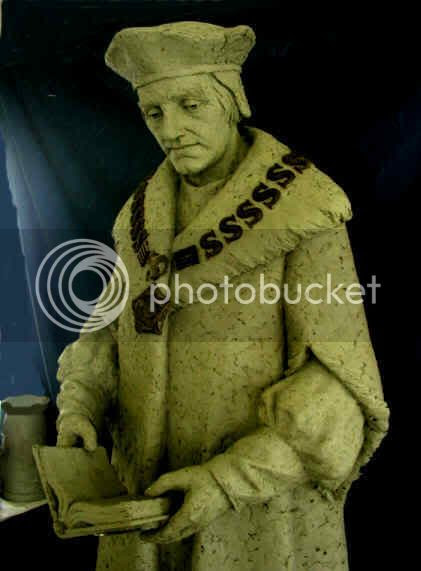 For Saint Thomas More, who most know through the magnificent portrayal by Paul Scofield (who died some years back) in the 1960s film adaptation of Robert Bolt's play A Man For All Seasons, I offer my very slight adaptation of a prayer More wrote while a prisoner in the Tower of London in 1534, some months before he was martyred.

Give me the good grace, Lord,

To set the world at naught.

To set my mind fast upon Thee

To not hang upon the blast of mens' mouths.

To not long for worldly company.

To be concerned with the world less and less.

To rid my mind of all the world's busy-ness.

To not long for any worldly things.

To deem unpleasant even hearing the fantasies of the world.

To be gladly thinking of God alone.

To call piteously for His help.

To lean upon Him for comfort.

To labor busily to love Him.

To know my own vileness and wretchedness.

To make myself meek and humble under the mighty hand of God.

To bewail my past sins.

To suffer adversity patiently for the purging of them.

To bear gladly my Purgatory here.

To be joyful of tribulations.

To walk the narrow way that leadeth to life.

To bear the Cross with Christ.

To have the last things always in remembrance.

To have my ever-possible death always before my eyes.

To make death no stranger to me.

To foresee and consider the everlasting fire of Hell.

To pray for pardon before the Judge comes.

To have continually in mind the Passion that Christ suffered for me.

To give Him thanks continually for His benefits.

To redeem the lost time that I have wasted.

To abstain from vain discussion.

To eschew light and foolish mirth and merriment.

To cut off unnecessary recreations.

To set the loss of worldly substance, friends, liberties, and life, at naught,

If their loss means the gaining of Christ.

To think my worst enemies my best friends,

With their love and favor as they did with their malice and hatred.

Treasure of all the princes and kings, Christian and heathen,

Were it all gathered and laid together upon one heap.

I also ask you to examine Jay's tribute to Saint Thomas More, with its excellent links.

For Saint John Fisher, who had been chaplain to the Queen Mother before becoming a bishop (he was the only English Catholic bishop who refused to take the Oath of Supremacy) I can only advert your attention to his wonderful Exposition Of the Seven Penitential Psalms, which belongs on the shelf of every Catholic with a desire to repent for his sins through the Penitential Psalms. The Ignatius Press editon, which I read years ago, and plan to read again soon, is both faithful to the letter of the original and wonderfully graspable for the modern reader.