Fisheaters has the low-down on Twelfth Night customs.

And here is what I have written about Twelfth Night. 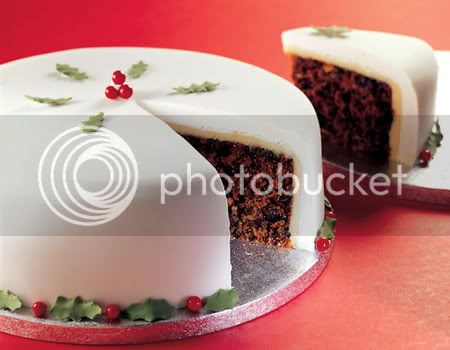 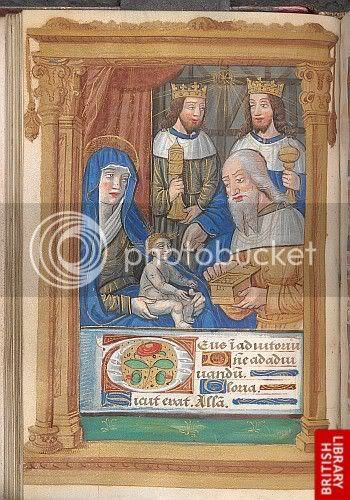 Friday At the Foot of the Cross 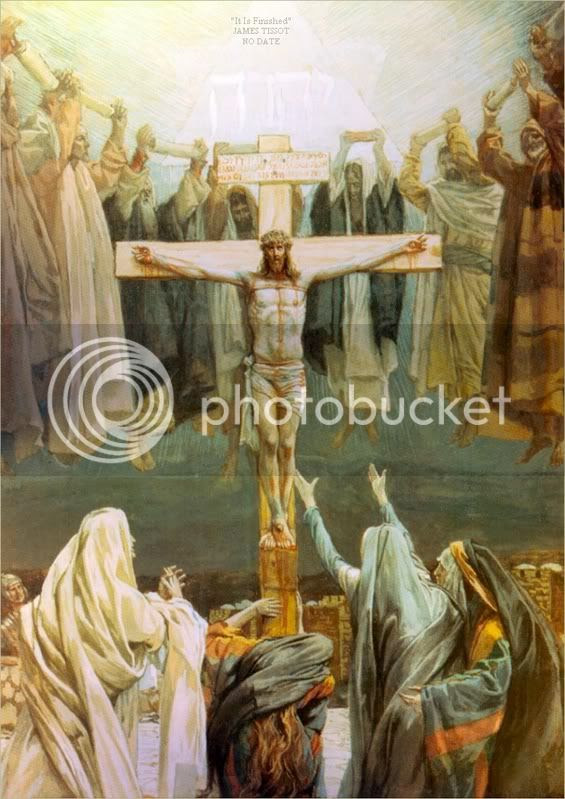 Dolor meus in conspectu meo semper.
"My sorrow is continually before me."----Ps. xxxvii. 18.

I.
All the afflictions and ignominies which Jesus Christ suffered in life and death, all were present to His mind from the first moment of His life. And He offered them all every moment of His life in satisfaction for our sins. Our Lord revealed to one of His servants that every sin of men gave Him during His life so much sorrow that it would have sufficed to cause His death, if His life had not been preserved in order that He might suffer more. Behold, O my Jesus! what gratitude hast Thou received from men, and especially from me. Thou hast spent thirty-three years of life for my salvation, and I have done as much as I could, as far as it depended on me, to make Thee die with sorrow, as often as I have committed sin.

II.
St. Bernardine of Siena writes that Jesus Christ "had a particular regard to every single sin." [---T. ii. s. 56, a. I, c. 1.] Each of our sins was present continually to our Saviour, even from His infancy, and afflicted Him grievously. St. Thomas adds [P. 3, q. 46, a. 6.] that this one sorrow of knowing all the injury which resulted to the Father from every sin, and all the evil which it occasioned to us, surpassed the sorrow of all the contrite sinners that ever were, even of those who died of pure contrition; because no sinner ever arrived at loving God and his own soul as Jesus Christ has loved the Father and our souls.

Therefore, my Jesus, if no man ever loved me more than Thou hast done, it is only just that I should love Thee above all men. Since, then, I can say that Thou alone hast really loved me, so will I love Thee alone.

III.
That agony which Jesus suffered in the garden at the sight of our sins, for which He had taken upon Himself to satisfy, He suffered from the time He was conceived in His mother's womb. If, therefore, Jesus Christ passed a life full of tribulations for no other reason than on account of our sins, we ought not, during our life, to afflict ourselves for any other evils than for the sins which we have committed.

My beloved Redeemer, I could wish to die of sorrow at the thought of all the bitterness that I have caused Thee during my life. My Love, if Thou lovest me, give me such a sorrow as may take away my life, and so obtain for me Thy pardon, and the grace to love Thee with all my strength. I give Thee my whole heart; and if I do not know how to give it to Thee entirely, oh, do Thou take it Thyself, and inflame it with Thy holy love. O Mary, advocate of the wretched, I recommend myself to thee.

I know that Guiliani and McCain did not make a major effort in Iowa, but I was nevertheless quite pleased to see Governor Mike Huckabee beat them and Mitt Romney in Iowa. Guiliani, McCain, and Romney are RINOS, Republicans In Name Only, and it will be a pleasure to see the true Republicans step up and take center stage, keeping the party under solid conservative control whether we win the White House or not.

Romney, of course, will do better in New Hampshire, given that it is saturated with Boston media daily, and Romney was Governor of Massachusetts for 4 years. But so will McCain.

And the inexplicable boomlet for libertarian nut-job Ron Paul is apparently over. People are starting to get serious.

The emergence of Huckabee as a viable first-tier candidate is far, far better than consigning the destiny of the national GOP to liberals.

Now, Fred Thompson is still my favorite, as he reflects the views of this unreconstructed Reaganite, this 30+ year reader of National Review far better than anyone else. But Thompson is late into the race, and only placed third in Iowa, tied with McCain essentially. If Thompson falters, as did my first choice, Senator Sam Brownback, then Huckabee would be a comfortable fall-back.

I recall that in 1980, Governor Reagan did not win in Iowa, but lost the caucuses to Ambassador George H. W. Bush. So I am not inconsolable over Thompson's relatively poor showing here. He has to shake his campaign up and sharpen his message and image as the only true heir to Ronald Reagan in this campaign. And he also has to make it clear why being the rightward-most viable candidate makes him the right man to lead the GOP and the USA. Then things will be well.

On the socialist side, Obama beat Hillary! in their caucuses. This essentially proves that the national Democrat Party is the party of abortion and quotas, tax increases and international bugouts. That is where the hearts of Democrat regulars are. And that is not unexpected.

I think, when it comes right down to it, at gut-check time, the hearts of Americans in general are closer to the hearts of conservative GOP regulars on most issues than to where the hearts of liberal Democrats are. Yes, the economy is due for a recession, and may lurch into one even before the election, given that President Bush has not done anything effective to foster economic growth in his second term. And yes, people are tired (but, in my opinion, not panicking) about the Iraq commitment. But I think the American people are made of sterner stuff than Democrat party regulars. They made a mistake in 1992, and renewed it in 1996, but have not made such a terrible error since, though they certainly had a bad case of the second-term doldrums in 2006, and took it out on the GOP in Congress. I think most Americans have learned from those mistakes, and will not repeat them. There is no place for liberalism, as it has evolved, in modern America.

We don't have the luxury of electing a soft leader while we are at war with Moslem terrorism. Neither Fred Thompson nor Mike Huckabee would be soft leaders.

And with the Supreme Court balance on abortion almost ready to swing our way with one more conservative justice appointed to the court in place of a liberal, we cannot afford to see any liberal on social issues in the White House, whether he be an avowed socialist, or a RINO. Neither Fred Thompson nor Mike Huckabee will waste a Supreme Court appointment.

So Iowa has spoken, and it remains to be seen what it means. But, in the early morning after the caucuses, I am not overly displeased.

Labels: American Patriotism Is Not A Sin

I just learned about the death Wednesday of George McDonald Fraser, author of the Flashman series of novels. Ironic, that this wonderful author, who brought the Victorian Army so much to life for so many died nearly on the anniversary of the death 8 years ago of Patrick O'Brian, who did so much to bring to life the Royal Navy in the Age of Nelson. May the Lord hae mercy on his soul, and may he be brought to eternal light. Requiescat in pace.

"What Do You Mean, 'That Was A Nice Christmas?' It Isn't Over Yet!"

We see it every year. Christmas trees on the side of the road, set out for the annual tree pick up on the day after Christmas. It is such a depressing shame. People in this country and in this age just don't understand that Christmas is not just a day, it is a whole season.

I have written here in earlier years about making Christmas last, and celebrating the whole Twelve Days of Christmas. I know that many people need to work during the Twelve Days, but that doesn't keep us from making family time each evening and keeping the Christmas spirit alive in the home.

I was at Fanuiel Hall yesterday, and saw the workers taking down the Christmas decorations already, on the day after New Year's Day. At South Station, the lovely large-scale model railroad and houses that have graced the train terminal since after Thanksgiving were also being disassembled and boxed.

Christmas boxed away or discarded on its Ninth Day!

No wonder so many people suffer from post-Christmas depression!

I will note now that this year, Lent is very early. Among us traddies, who follow the 1962 liturgical ordo, Septuagesima Sunday is just two weeks from this coming Sunday. The old and new liturgical calendars are in sync this year, with Epiphany, always January 6th in the traditional calendar, falling on a Sunday this year, and the Baptism of the Lord, also, on January 13th.

But for us traddies, the Sunday after the Baptism of the Lord this year is the start of our 2.5 week pre-Lent. The Alleluia is dispensed with and ceremoniously deposited on the Saturday before Septuagesima Sunday. Never was W.H. Auden in his Christmas Oratorio, more correct in discerning a vague unpleasant hint of Lent and Good Friday so soon after Christmas Day than this year.

Cling to Christmas while it still lasts. Plough Monday is this coming Monday. Lent is closing in. Our feasting will be short this year, but enjoy it while we still can. 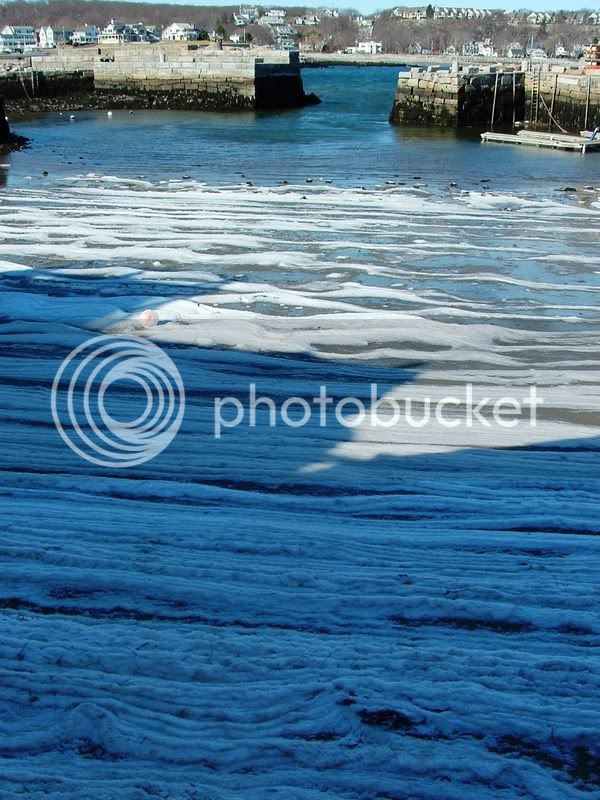 Important feasts during the month of January include:

Our Holy Father Pope Benedict XVI's published prayer intentions for the month of January, 2008 are:

General:
That the Church may strengthen her commitment to full visible unity in order to manifest ever more clearly her nature as a community of love in which is reflected the communion of the Father, the Son and the Holy Spirit.
Mission:
That the Church in Africa, preparing to celebrate the second Special Assembly of the Synod of Bishops for Africa, may continue to be a sign and channel of reconciliation and justice in a continent still suffering from war, exploitation and poverty.

Eighteen years ago today, my father died at the age of 69 of a sudden, massive heart attack while chipping away at ice on the porch of an elderly neighbor. He and my mother had just returned from the 9:30 Mass at Our Lady of the Assumption, December 31st being a Sunday that year.