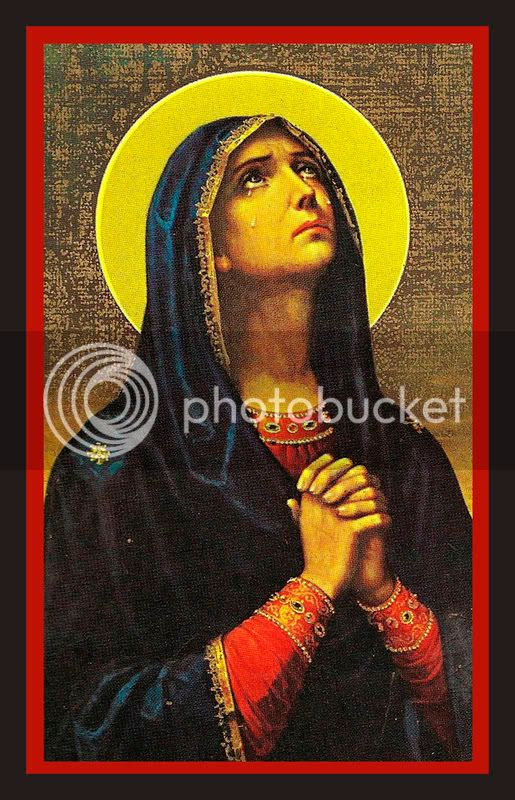 O, my Blessed Mother, it is not one sword only with which I have pierced thy heart, but I have done so with as many as are the sins which I have committed. O, Lady, it is not to thee, who art innocent, that sufferings are due, but to me, who am guilty of so many crimes. But since thou hast been pleased to suffer so much for me, by thy merits, obtain for me great sorrow for my sins, and patience under the trials of this life, which will always be light in comparison with my demerits; for I have often deserved Hell.
Amen.

Very little change so far. Little damage from the remnants of Hannah. Another report will be published at that site tomorrow.

Apples are getting ready for picking. 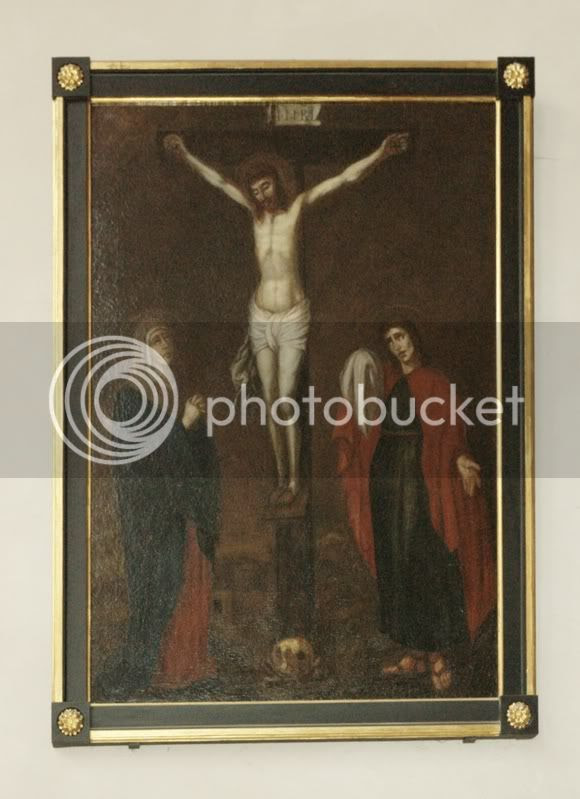 An Act of Contrition


Almighty and most merciful God, Thou hast long borne with me in my sins, and Thou hast long and often invited and pressed me to return to Thee once more. Behold, therefore, such is now my sincere desire. I now earnestly wish to quit the husks of swine and to return home to the house of my Father, in the full hope of obtaining pardon from Thy mercy. I desire to come now before Thee, my God, with a contrite heart and to make at Thy feet a sincere acknowledgment of all my sins and offenses. Wherefore, prostrating myself humbly before Thee, I here confess the greatness of my ingratitude to Thee and the multitude of my crimes, and I earnestly implore Thy pardon. I am indeed the prodigal child who has long gone astray from Thee, squandering away my substance and seeking, but seeking in vain, to satisfy my appetite with empty satisfactions. Being now, however, made aware of my own misery and weary of my evil ways, I anxiously wish to return again to Thee. I confess myself unworthy to be called Thy child, and what I now crave of Thy mercy is Thy forgiveness. I am afraid even to lift up my eyes toward Thee, and much less to ask a place, although it were the lowest in Thy family. I feel myself loaded and oppressed with the weight of my disorders, which I now detest from the bottom of my heart. Do Thou then, O Father of Mercies, have pity and compassion on me. Look not upon my sins, but upon the sufferings and the merits of my Redeemer. Look upon Him and upon all that He has done and endured for my salvation. Oh mercy, mercy, by those tears which He shed for me in Gethsemane and by that Blood which He spilled for me upon the Cross, I here lay down all my sins to be washed away by this sacred stream! Yes, my God, I am sincerely sorry for all my past negligences and offenses. I wish that, like the Magdalen, I could wash the feet of my Saviour with penitential tears. I wish I could wash away my sins, although it were even with the tears of blood. In Thy mercy, however, forgive me. Cleanse my soul from all its stains, and let nothing henceforth---no temptation nor fraud of the enemy---so far prevail over me as to be able ever to separate me from Thy love, through Jesus Christ, our Lord.
Amen.

The Proper Catholic Method of Dealing With This Anniversary

This evening there will be a solemn Requiem Mass in the Extraordinary Form at the newly-designated Basilica of the Immaculate Conception in Waterbury, Ct.

Meanwhile, here in Boston, the Franciscans are having the usual largely "ecumenical" prayer service.

Pray for the dead. God rest them.

The war against Islamo-fascist terrorism that began on September 11, 2001 continues on battlefields around the world.

We fight still in Afghanistan and Iraq openly with our armed forces. We fight everywhere else a clandestine war against those who have supported or do support our enemies in any way. We fight in every nation, including, especially, our own. We fight with bombs and missiles, infantry and tanks. We fight with reconnaissance drones and satellites. We fight with surveillance and wiretapping. We fight with infiltration and disinformation. We fight by aiding political forces favorable to us, and trying to nobble those against us. We fight with radio broadcasts, book publishing, and on the internet. We fight with money to good causes. We fight with cutting off funding to the enemy from the malinformed or ill-meaning.

We fight with persuasion. And where that doesn't work, we fight with a knife across the throat in a dark alley or with the cars of those who aid our enemy suddenly exploding. We fight everywhere and at all times. We fight in defense of the West, of Christendom, of the US, of capitalism, and of political liberality.

We do not weaken. We do not cut and run. We do not back down. We stay, and we fight. We have no other choice.

There is much still to do. While Islamo-fascist violence in Iraq has diminished, it is not yet quelled. Afghanistan remains a problem. So too, does Iran, and Syria, and Libya. And then there are the power vacuums in Yemen and Pakistan, where government has with one hand helped the cause of order, and with the other aided the enemy quietly. The war won't be over until there are no wealthy benefactors ready to give to the enemy, until there is no government on earth supporting it in any way, until no one dares to bear arms in the Islamo-fascist cause.

Fortunately, we are not on entirely new ground here. Wars like this one have been fought and won before. Britain against Revolutionary and Napoleonic France. The US and the West against Soviet Communism. We have the examples before us, and only need to apply their lessons correctly.

It is not a glamorous war. There is little glory to be gained. But if we do not hang on and see the war through to its conclusion, no matter how many decades away that might be, we would not want to bequeath the world that would result to posterity. We are not the world's policeman. Instead, we are the world's garbage collectors. It is an appalling job. But if it isn't done (and no one else will do it) the filth will simply overwhelm us.

This is what happens when no one has taken out the trash for a long time: 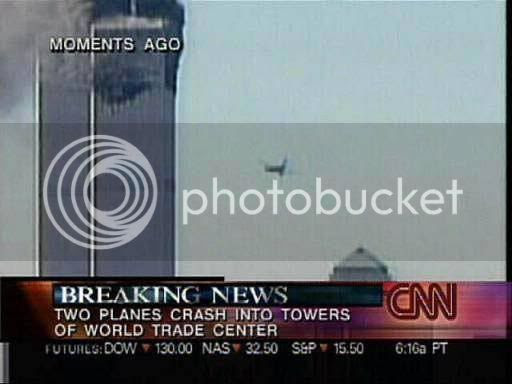 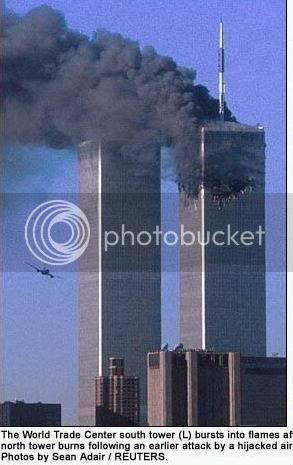 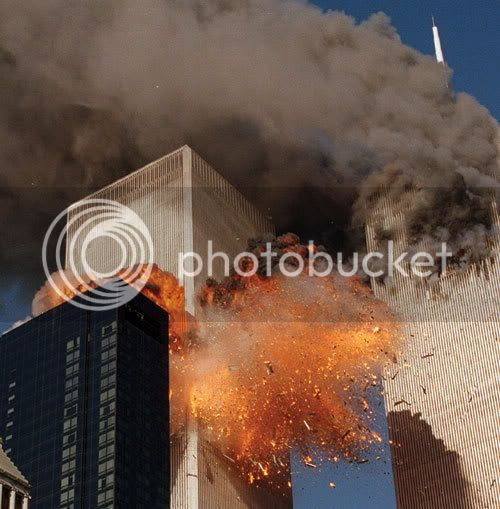 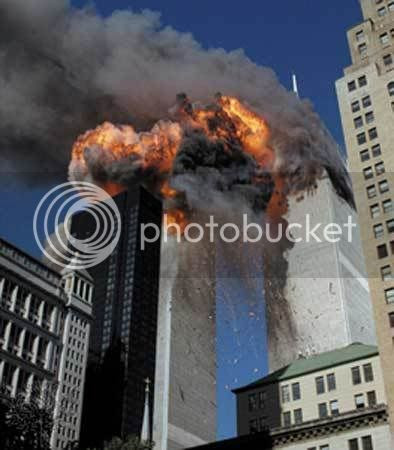 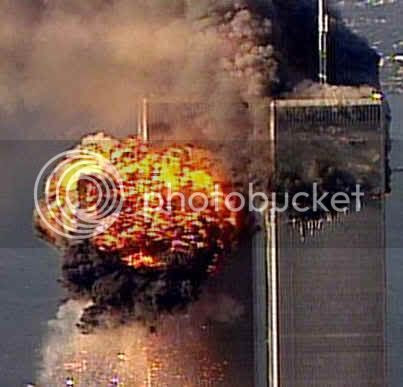 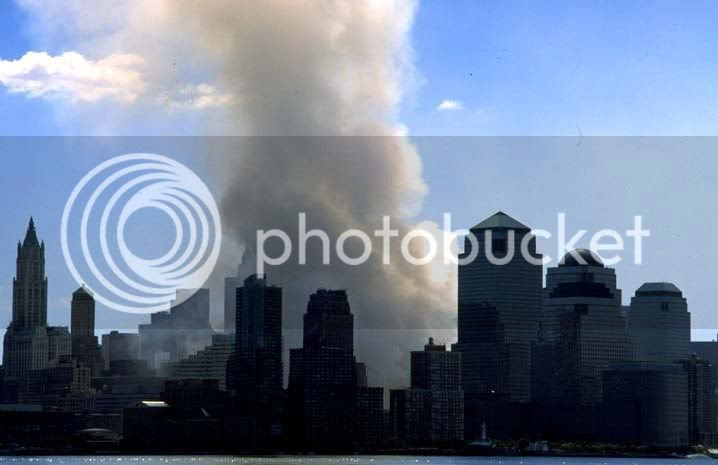 We pray for the poor souls murdered by the Islamo-fascist terrorists on September 11, 2001. We pause a moment and weep for those taken from their ordinary lives by air pirates and their supporters. We remember what the murderous bastards did to us on that day. We harden our hearts and gird our loins for the fight that remains.

And we do not fool ourselves into thinking the war is won, and that it is time to withdraw and tend to our domestic problems. We do not blow the trumpet that signals retreat and elect essentially the collaborationist party and candidate this November. We instead, elect the candidate and party they do not want, the one they have every reason to fear. We steered clear of McClellan and the Democrats in 1864, and should stay clear Obama and the Democrats in 2008.

Labels: American Patriotism Is Not A Sin

Nativity Of Our Blessed Lady 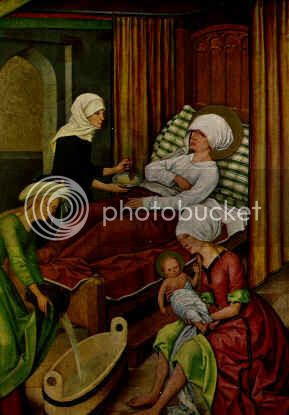 Update 9/9:
Some odd Blogger issue wouldn't let me do this post yesterday. Some odd coding kept popping up as I tried to type. All I could get done was the L in Lady before the problem made further progress impossible. But it seems to be cleared up today.